Post Reply
[phpBB Debug] PHP Warning: in file [ROOT]/vendor/twig/twig/lib/Twig/Extension/Core.php on line 1266: count(): Parameter must be an array or an object that implements Countable

Step 1. Decide what you are building your deck for. Are you playing casual fun night jank? building for locals? building for discord league? upcoming kotei/championship/worlds? All these probably mean a different type of deck or should mean a different type of deck. Casual Jank doesn't require a lot of strategy or deep thought, throw fun stuff in a deck, build for a theme, play cards you only like the art of, this is the Jank, but make sure its fun. Don't bring Mirror's Gaze to fun night, no one wants to spend 3 hours being told how the card works or why it doesn't work, or do bring it but let people know you are. This is the type of time to break out the Kabuki Hero Tower, Crane Shugenja Phoenix Splash type decks, or some Crane Curry Favor/Courteous Scheming swarm.

Now a lot of people would say building for locals, discord, kotei is all the same, you want competitive decks, but its not. You local meta is your local meta, its not the overall game meta. If you have 4 scorpions, 1 phoenix, and you in your meta, you need to tailor you deck for that competition, not to beat Lion or Unicorn swarm that isn't going to be there. Its really easy to miss this point then go complain because you got beat with a deck that had no tech for those clans. So know what you local players are playing and build for that environment, it will lead to having more fun. On the other hand don't show up with the most degenerate deck possible, you are trying to build a local community not be an over competitive dick. This is a good time to look at the less popular cards that are more matchup oriented than overall great cards.

Building for Discord League is a great way to test new deck ideas or to see a good preview of the overall meta. Look around see what is popular in other clans and in Crane, likely your deck will be close to what is popular, or you are going off and testing a new deck idea. Set your goal for what you want to accomplish in this type of setting as its going to be one of the best to get really good data from. You are going to be playing less matchup cards and more overall all around good cards, if testing new deck ideas your are going to be looking for interactions you didn't expect and card synergy.

If you are looking at going to a Big Premier Event, you are going to want a deck you have played many games with, and are confident in how it plays. Chances are you have a deck list that is close to everyone else in the same clan, there really isn't much more to say about this, except set goals you can attain, and go enjoy the community. Your deck here is going to be fined tuned, you have cut the fat and the "cute" interaction cards, for cards that provide value in as many situations and matchups as possible.

Step 2. Forget everything above, get drunk the night before the event, and build a deck.

Step 3. Pick your Stronghold and your Role. This is important before building you decks and picking a province row. Do you want Seeker Economy or Keeper Influence. Is there an element locked card you want? a province row? just generic good choice? Stronghold selection is on of the most important deck building decisions- Shizuka Toshi is a good overall choice but its ability will not always be used, Kyuden Kakita seems to be really strong, an easy honor effect just for dueling, screw that Blank Box Shizuka Toshi. Its not that easy, Kyuden Kakita is going to require you to include a fair number of duels to make sure you are getting full benefit from it, so keep that in mind before just picking it because its good, you have to build for it. The 1 inf difference may not seem much but you will find it seems to matter more when you get to splashing cards, especially in the ever popular Dragon Splash packages.
Top

Step 4. Start building you Dynasty and Conflict Deck. In general tech card/matchup specific cards should be in your dynasty deck and not your conflict deck. You should think of your dynasty row as a 4 card hand you get to flush and replenish every turn. In general Crane is playing one card a turn from dynasty, may have a holding they want to keep or sacrifice as well, but you will and should be flushing most of you dynasty row each turn, thus giving you a "new hand" to play each turn. So if you have say Maker of Keepsakes in your dynasty to help smooth out your scorpion matchup you can aggressively flush cards to find her, but if you aren't playing scorpion you easily discard her and draw a new card to help you in your current match. The same is true for Kakita Kaezin as an example you may want to find him quickly against Unicorn, some Crab and Lion decks, but he may not be as important to you in other matchups. Now you are thinking this doesn't make sense I should have Tech in my Conflict because I draw 5 every turn and can have all my answers in hand.

What happens if you have to bid 1? That one card a turn has to provide you the chance to advance your win condition or you have a dead resource in hand that is of no use to you. But. But But. I bid 5. Cool great have fun bid 5, and when you draw Let Go vs a deck running no attachments? Cloud the Mind against a deck running no characters they care about? Political Rival vs unicorn? Dead cards in your hand are resources lost, this is why you want to avoid having tech cards in your conflict deck as much as possible.

So your Conflict deck needs to be cards that win- win you conflicts, win you duels, win you honor/dishonor. There will be some cross over between tech and cards that win you conflicts, but the basic question you should ask is does this card have use in more than 1 matchup? 3 matchups? All matchups? Ideally you want to a card useful in more than half of the matchups if not all matchups. This will provide a level of consistency and will help you have answers when you need them to advance your win condition.

On a side note about the bid 5 environment- everyone always talks about having fist full of cards and playing all their cards blah blah blah, its shocking how few people can play this without a handful of cards. Bid 1 seems to throw people off their game, I think partially because they don't konw how to play without a fist full of cards, they panic at the honor loss, and they don't build correctly to start. People are just to use being able to throw cards at a problem, learn to play in a bid 1 game and not just a bid 5 game, you will learn how important it is to conserve cards, take small victories, how important your dynasty deck and buying patterns really are.

Step 5- Select your Province Row, wait you already did that didn't you, well that was wrong. After you have assembled your Dynasty and Conflict deck is when you want to select Provinces. Do I need more fate or cards or attachment removal from my air, do i want movement, bowing, conflict flop from water, Hand discard and knowledge or a Big beefy pile of stats from earth, or maybe even take my opponents fate? These should be asked at the end of deck construction so your province row is supporting what your deck does.
Top 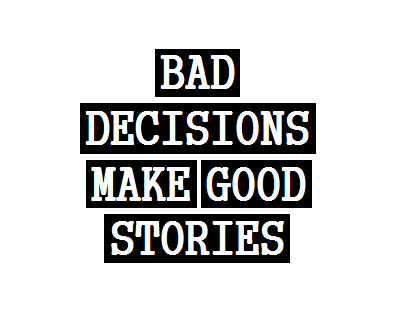 Return to “Decks and Strategies”